This article has been a long time coming. I’ve had some writers block, and lack of mental energies, which does not make for the best of writing. Many things happen during the 50k race. Throwing up is one of them. Along with leg, cramps, mental clarity, pain, determination, and a plethora of others. For me, this race signified so many things. Just how determined I could be was a big one. I am stronger than I think. There is no limit to my strength. I just have to believe in myself. All of this, I found out on a 50k run.

The race started at 6pm. It was muggy (because we do live in the south), and I’m pretty sure the temperature that day was in the 90s. I could hear complaining from everyone about how hot it was this year in comparison to last year. People were sweating before we even began. We lined up at Camp Ouachita. The only thing I was thinking about was finishing the race, that was all I wanted to do. I didn’t care about what place I was in or who passed me. I just wanted to finish.

As I waited, I looked around at all the runners. There were so many different kinds of faces. Some happy, some stressed, but most hot. When the gun went off I felt a surge of “I can do this” I new I would finish the race. I knew I would do a good job.

The first stretch went down a sloped pavement road. The race was a down and back, my thought was, “Man this is going to be a beast coming back up.” As we ran on, runners were talking about strategy, how they were going to run this hot, humid race. Some said take it slow until the sun goes down, others said they were going to go fast down the hills and fast hike up the hills. My strategy was to finish. To make it through with as little pain as possible. After the pavement ended we headed up the county dusty roads. Did I mention dust, well I’ll get back to that a bit later. The first incline was long, but the grade wasn’t steep. Josh and I took it at a light jog. We kept passing people, but I started to wonder if we should hike it out like everyone else. Well, since it’s me we didn’t, because I don’t like to be like everyone else. I was making sure to drink plenty of water and take my Himalayan salt every 30 minutes.

Since Josh and I don’t eat like 90% of most runners, we brought most of our calories and only planned on eating fruit from the aid stations. Every aid station I filled up on water, I wasn’t going to get dehydrated, I’ve been there before, wont go back.

I was feeling great through mile 10, but when we hit an unmanned aid station, I thought it was a good idea to drink more water than necessary. The sickness didn’t hit me right away, it took until 1/2 a mile after the aid station for the nausea to hit. Man did it hit hard. I felt my stomach rise into the back of my through, my head started to spin, goose bumps broke out across my body. I leaned over trying to catch my breath, and puked up all of the water I had gulped down before the aid station. The nausea subsided a bit, I thought I could continue on, but no, hunching over, I through up again.

People were passing me, asking if I was okay, if I needed any help. I just waved them away as I heaved up my water. I told myself I was going to be fine. I was going to finish this race. Josh was there cheering me on. Telling me “Fight through it, you’ll feel better after you’re done.” I knew he was right. I knew it was all of the water I had drank. 1/4 of a mile went by and I was finally feeling good enough to run. I’m pretty sure that Josh thought that I was going to give up, but he was wrong. I was going to finish.

At the turn around I was feeling lethargic. We spent a whole 20 minutes at that aid station. At the aid station was a women that helped me through my haze. She lifted my spirit, encourage me to keep going. She handed me a popsicle. As I sucked that down I felt like a new women. Josh and I headed out into the darkness to finish. I felt mentally strong. I new I was going to finish. 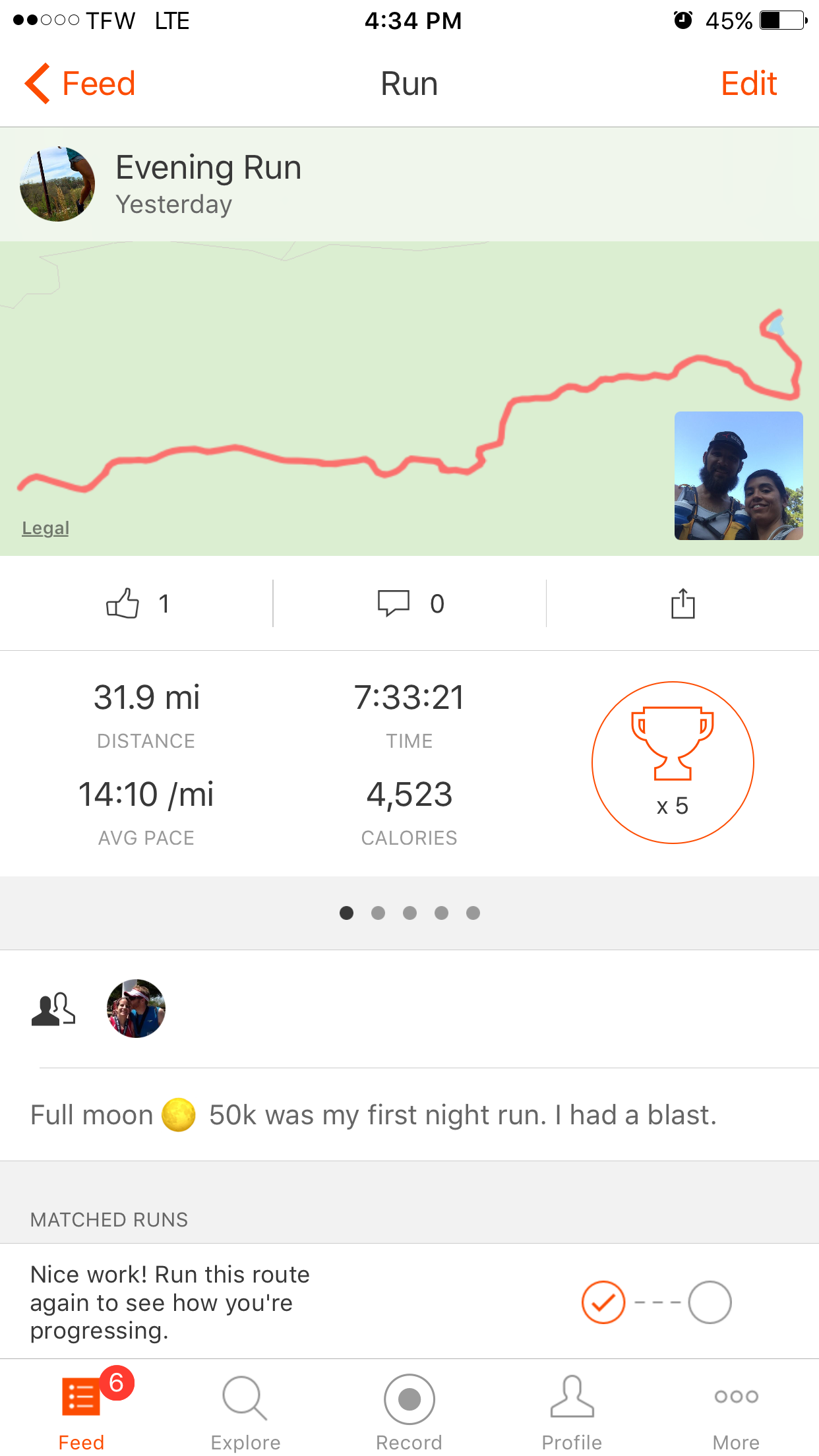 So, remember when I mentioned the dusty roads, well with a head lamp on you can see, feel, and, taste dust. I felt it going into my lungs every time I took a breath. I felt like I was suffocating on dust. It started to mess with my head. I had to think of other things, just not the darkness. I hate running in the dark, but Josh was with me, so he could get eaten first while I ran away. 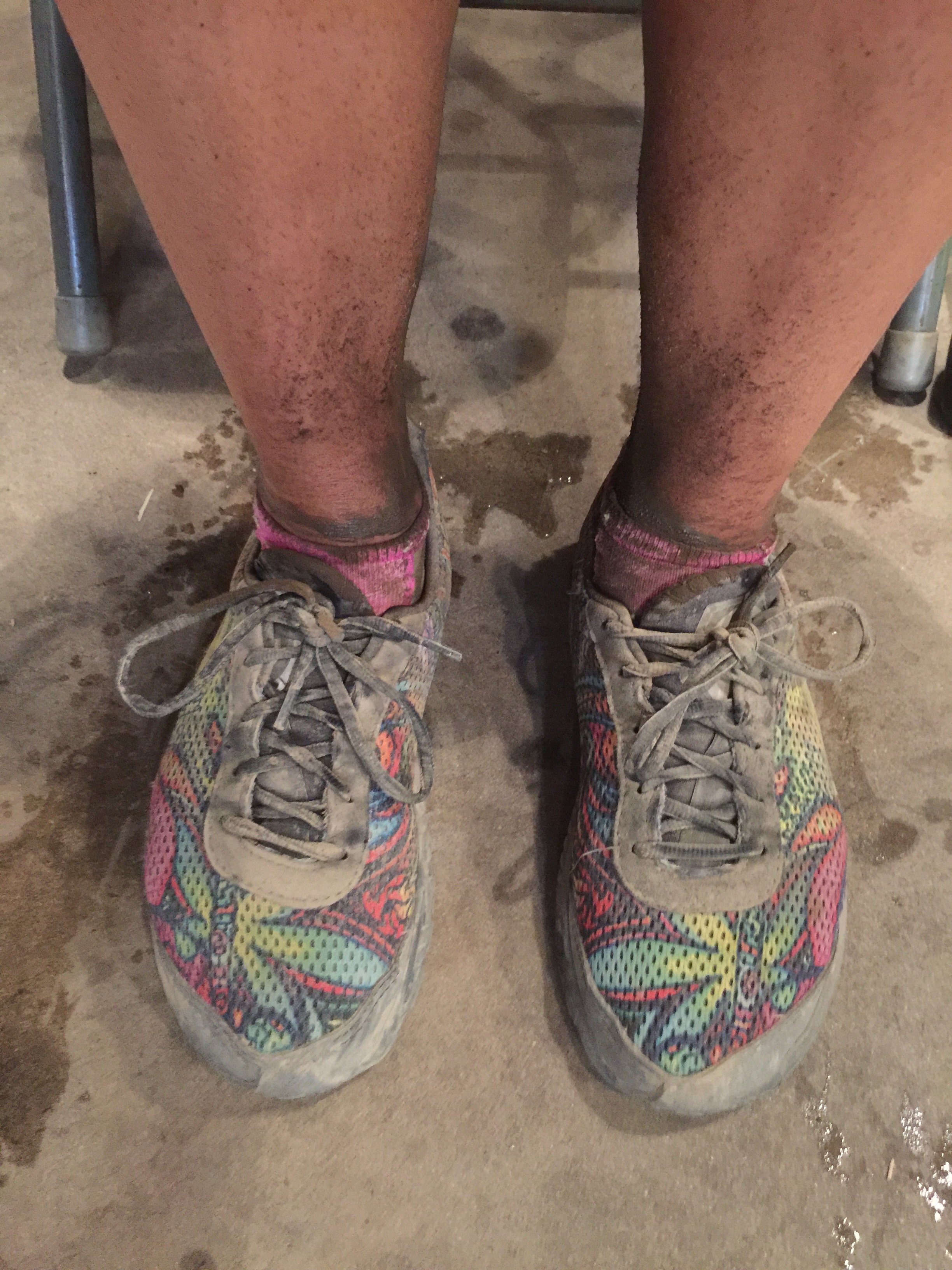 As we neared the end of the race, a surge of energy coursed through me. My body was hurting and my lungs were burning, but all of a sudden I felt invincible. I just wanted the race to be over, so I picked up the pace. I felt like a beast.

When we hit the pavement I was not looking forward to the mile up hill, but I pushed, and burned, and hurt, I wasn’t stopping.

Crossing that finish line was the best I had felt in a long time. It was relief and happiness all rolled into a little exhausted ball. We finished in 7 hours and 33 minutes. I look forward to running it next year. 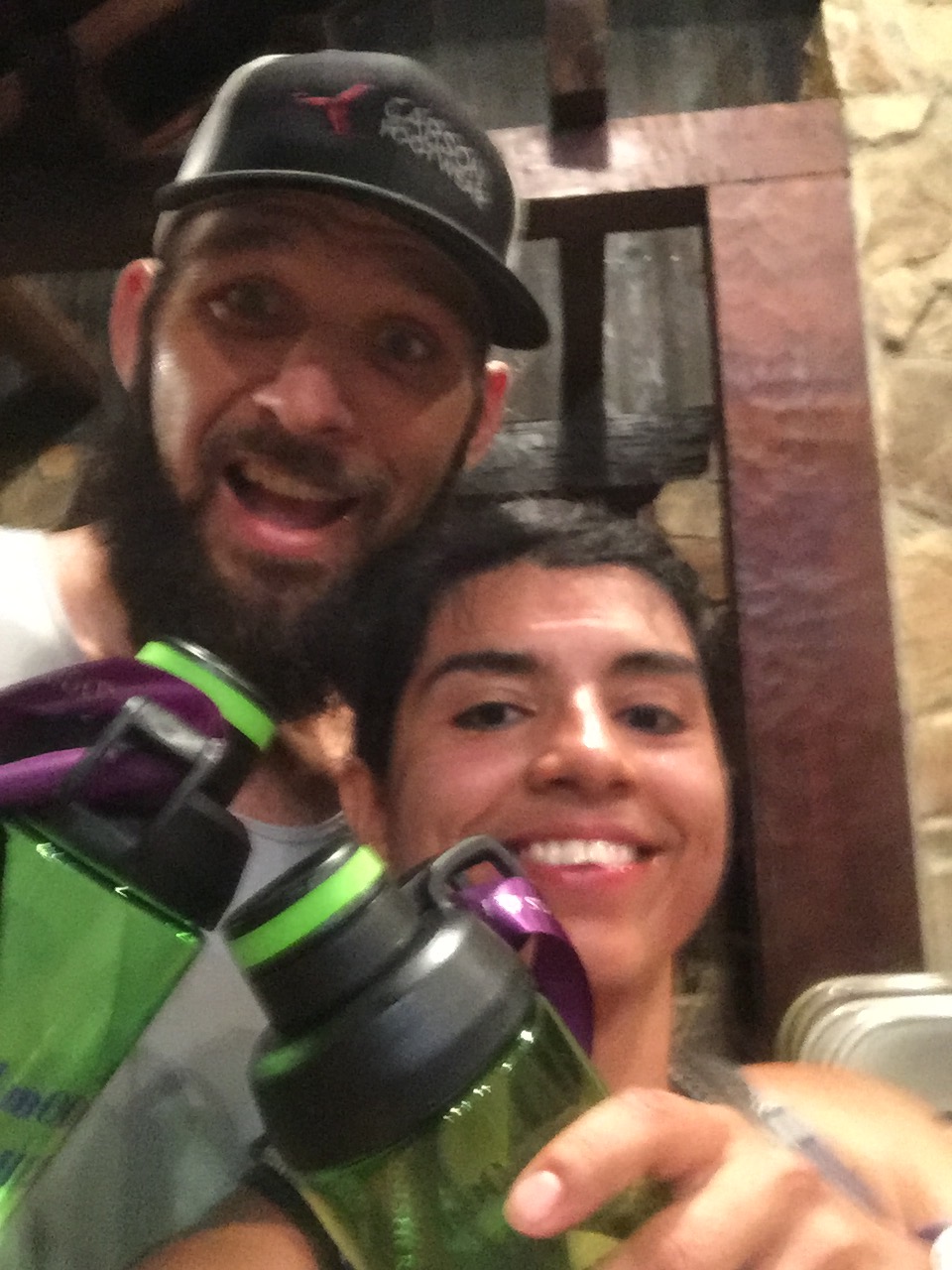